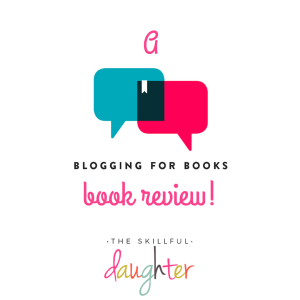 Hi everybody! I’m here to add a quick review of Jason Wachob’s book Wellth: How I learned to Build a Life, not a Resume. I received the book from bloggingforbooks.com in exchange for an honest review.

This was a very quick read, and I don’t mean it in a bad way. I started and finished the book in just over an hour. Having read 20+ self-help/self-improvement books in the last few months, I found this one to be a quick guide to all of the topics covered by those.  END_OF_DOCUMENT_TOKEN_TO_BE_REPLACED 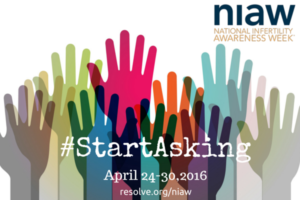 Due to the sensitive nature of this topic, I’m keeping everything under the “read more” link. END_OF_DOCUMENT_TOKEN_TO_BE_REPLACED Read my previous update post here to find out more about this goal and why it’s helped me out.

Here’s the list (disclaimer: all are affiliate links and proceeds from sales will help keep this site running):

Here are some of my quick thoughts about these books. These are my opinion and my opinion alone: 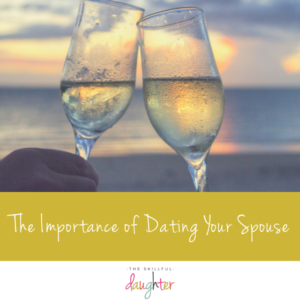 One of the things I look forward to every week is date night with my husband. All week, we go to work in similar jobs, come home, eat dinner, collaborate on work matters, spend time with our dogs, catching up on social media, maybe watch a show we both enjoy (or sports), and go to bed. We may be doing all of these things at once while we’re at home.

END_OF_DOCUMENT_TOKEN_TO_BE_REPLACED 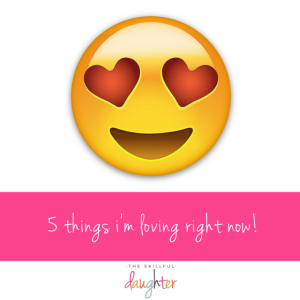 Hi everybody! Today’s post is a simple one–here are 5 things that I’m loving right now (in no particular order):

END_OF_DOCUMENT_TOKEN_TO_BE_REPLACED

Here’s a quick update about my goal to read 30 books between my 29th and 30th birthday!

The day my mom died, my friend S mentioned that she’d set a goal to read 30 books by her 30th birthday. I was not in a good frame of mind at the moment (I mean, my mom had just died less than 2 hours prior), but the idea stuck with me. I like to read, and I needed an escape from the reality of what had just happened. What better way to do that than to obsessively read books until the grief receded a bit? I don’t think that was the idea, but I think reading has helped me cope with the reality of my new role in life a lot better than I would have on my own.

I’d already read 5 books since turning 29 that I could remember, so I started my list with those (actually 1-4 and 7 are those first 5–I’d forgotten about Keto Clarity when first making the list) .

I’ve read a ton since that day back in January, and I’ve tried to review as many as I can here on the blog. Check out my book reviews section for those.

I’ll be 30 in just a little over 3 months, and I’m well on my way to blowing this goal out of the water. Don’t believe me? Check out the list below (disclaimer: these are all affiliate links):

Only 2 more to go! Getting a library card that allows me to access thousands of ebooks that I can check out and return from home has been awesome for me. I was spending way too much on kindle books prior to that. Some of the books have been misses (a lot of the ones that reference the “Law of Attraction” had me kind of saying “meh” and trying to suspend my disbelief), but many of them have been pretty good. Also signing up for Blogging for Books has been awesome because I get a free book to read and review every few weeks.

Some were recommended on some of my favorite blogs, some popped up on Amazon while I was looking at other books, and some were just books I was curious about reading.

Have you read some of these books? What do you think of them? Have any recommendations for me based on the reading list above? Think I can make it 50 by 30? Let me know in the comments below! 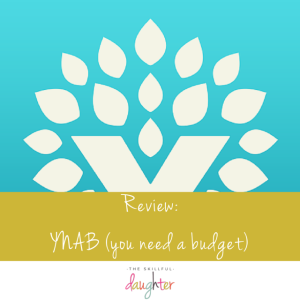 Hello! Today’s review is on Jesse Mecham’s budget program, YNAB (You Need A Budget). Most users, as well as the website itself, refer to it just as YNAB (pronounced “why-nab”).

Note: I have the classic version of YNAB and cannot speak to the updated one that syncs with your accounts and comes with a monthly subscription.

I’ll be honest: sometimes Mike and I struggle to manage our finances appropriately. We’ve sometimes succumbed to too many impulse purchases in the beginning of a month and had to resort to a credit card to make sure we made it to our next payday. We’ve had months where we’ve spent over $1000 eating out at restaurants. We’ve had months where we look at our bank account and ask each other where the money went.

For a few years now, I’ve been keeping track of our bills using Numbers from Apple’s iWork suite. I created a spreadsheet where I enter both of our paychecks as income and then put the amounts of every bill into their own box and it magically does the math and tells me how much money we have left over after everything important is paid. Unfortunately, that doesn’t account for spending money, fuel, eating out, entertainment, classroom expenses, and impulse buys.

In short, it tells us how much money we should have, but not how much we actually have.

That’s where YNAB has helped us.

I have used YNAB for the entire month of March and have started using it in April, and I think it is definitely an answer to our problem. I still use my Numbers spreadsheet and use it to calculate how much our bills add up to, but YNAB is the perfect companion. I like that it syncs via Dropbox so that all devices are updated–we have it in a shared folder–and that there is an iOS app so we can update it on the go.

When I first set it up for the month of March, I did go through the budget section and tried to give every dollar a job and wanted to follow the 4 rules as best as I could. I failed pretty miserably in some categories (namely random spending, eating out, and groceries), but I did try. This month, I’m focusing on solely using the register section of the application to keep track of charges. I update the app via computer or phone a few times per week and make sure it matches our bank account to the penny.

The very thing we benefit the most from is at the bottom of this screen, where it says:

That’s what we needed, right there. That little “Working Balance” part. In previous months, we’d log into our bank account online, ask each other how much was coming out for certain bills, and trust the number on the screen (which would be equivalent to YNAB’s “Cleared Balance” number). It was those uncleared transactions that would bite us in the butts every month. We never had a “Working Balance”; we had a “looks like we have enough in our account to cover it” balance.

Not a good idea.

It’s a simple thing to some, but it never clicked for us until we started using the program. We’ve already fared better this past month than we have in a long time, and I predict April will be the even better. I highly recommend it, and they offer a 34-day free trial on their website if you want to give it a shot.

Disclaimer: This review was not solicited or paid for in any way by YNAB. I just wanted to share a tool that I use to make my life easier. Hey everybody! Since I couldn’t keep up with updating both my blog and IG with my #planwithmechallenge posts every day, I decided to make a dedicated page for it! It’s linked in the header above (#PWMC) and should import all of my newest IG posts with the #planwithmechallenge tag! You can hover over each image to make it larger or click on it to view it on instagram’s website.

Like it? Hate it? Let me know what you think in the comments!

Hi everybody! Sorry for the recent hiatus; life has been much more overwhelming than expected lately. I did just finish reading a book, and I wanted to post my review of it ASAP. END_OF_DOCUMENT_TOKEN_TO_BE_REPLACED